If you have a French press at home, we bet you’re a millennial

Surprising to no one, millennials are leading the way in favoring craft home brew coffee over traditional automatic machines.

The cohort prefers French presses, vacuum brewers and pour over cones to the traditional plug-in machine of their parents’ generation. Fourty-four percent of those who fancy artisinal cups of joe are millennials and more than a third of them live in urban areas, found a study conducted by NPD.

“Consumers living in major cities are influenced by the prevalence of coffee bars and shops and, as a result, have discerning tastes when it comes to coffee,” the report said. “Craft brewing at home enables them to personalize coffee to their individual tastes and get the same quality and flavor of the coffee they buy away from home.” 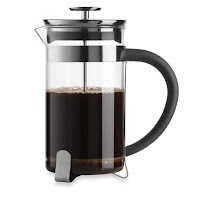 Coffee consumption is predicted to grow by 9 percent by 2024, even though sales of traditional coffee makers are declining. A 2016 National Coffee Drinking Trends report found that only half of coffee consumers drank their brew from an automatic drip maker. Espresso-based beverages are growing in popularity, with daily consumption nearly tripling since 2008.

Love of craft coffee goes hand in hand with other typical millennial habits like buying locally grown or organic food, being engaged in politics, exercising regularly at a gym and donating to environmental charities.

Environmental consciousness may also be leading to the decline of the last coffee making fad, the Keurig machine. Sales of the makers that brew single-serve cups from individual pods declined 7 percent last holiday season. As of 2014, only 5 percent of the pods were recyclable, meaning each cup of coffee meant one more K-cup in a landfill.

“The next generation of consumers has a more personal relationship to the products and brands they support. The things they use reflect their larger worldview,” the National Coffee Drinking Trends report found. “For some consumers, ‘value’ may be more about a brand’s philosophy, authenticity, and commitment than anything measured in dollars.”